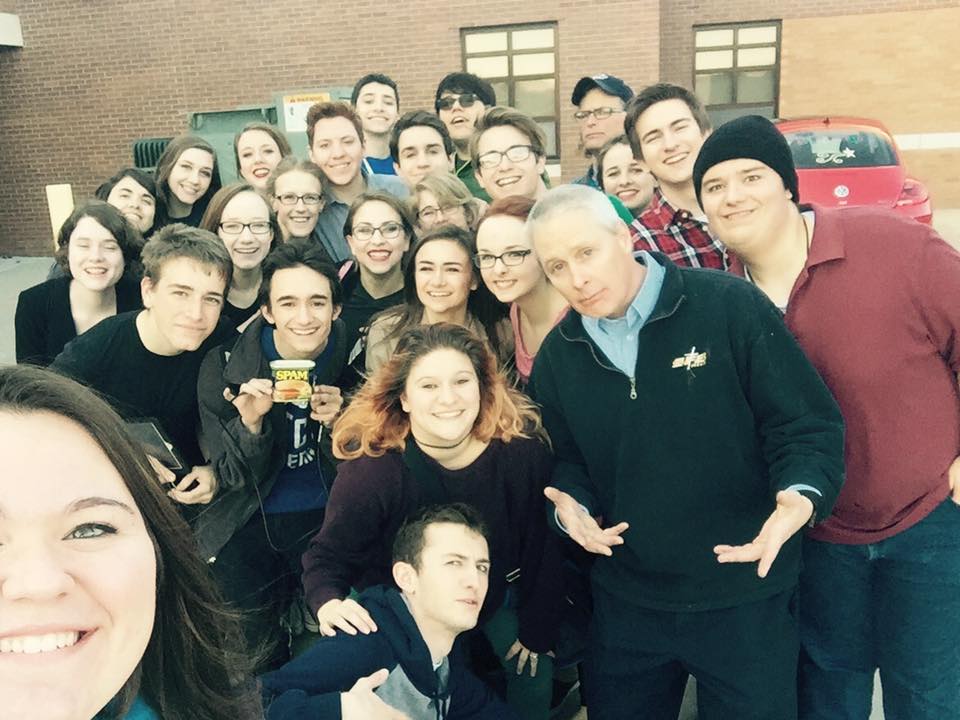 This post is the first in a series on publishing most, if not all, of the DMX-512 projects I’ve worked on in the past.

It all began in 2015 when my love of theatre and past programming knowledge collided. In 2011, as a 7th grader I began learning Java in order to create custom mods for Minecraft. Unfortunately I was unable to grasp many of the concepts at hand, and in late 2013 I gave up programming after creating a very small, basic, game based on Minecraft called “Steve’s Last Stand.” It barely worked, and I viewed the project as a disaster.

Fast forwarding to 2015, as a sophomore in high school, I had made my way onto the lighting crew at Saint Francis Borgia Regional High School’s theatre department. That year, for the first time in nearly a decade, we were competing in Missouri’s one-act competition. We were bringing a one-act cutting of The Last Illusion, and wanted to use a variety of DMX-512 lighting fixtures at the event. Unfortunately we only had one portable board, one similar to the Leprecon Lp-1624.

The Leprecon was heavy and was designed as an intensity focused-console, meaning control of the ~6 DMX-512 instruments would be challenging. After doing some research on more portable devices, I came across a blog post by Steven Breuls. It outlined a way to create a low-cost DMX512 output device. As this post is being written in 2021, I now realize this method has some major drawbacks.

There were still many advantages to using the low-cost RS485 for DMX output. It allowed me to experiment with DMX Control using Java on my own terms. From there I began a long journey exploring the technical elements of lighting design. From custom flicking lamps, to a DMX tester made for the Muny in St. Louis, it all began with a simple Spam Can.

Pictured in the gallery is a cast & crew photo from The Last Illusion, where I am pictured holding the device in-hand. Special thanks to Tim Buchheit, my high school theatre director, for trusting me during the development and use of the device on-stage.

This error message is only visible to WordPress admins